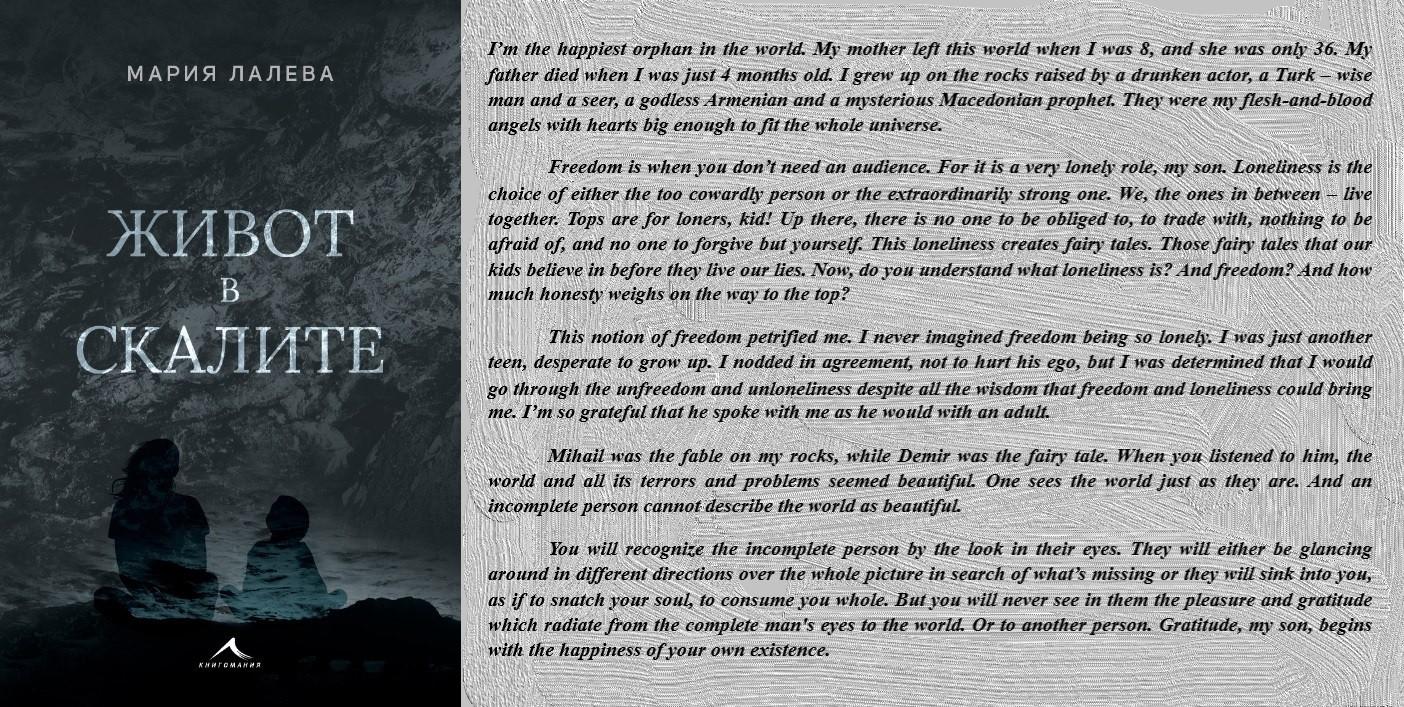 I’m the happiest orphan in the world. My mother left this world when I was 8, and she was only 36. My father died when I was just 4 months old. I grew up on the rocks raised by a drunken actor, a Turk – wise man and a seer, a godless Armenian and a mysterious Macedonian prophet. They were my flesh-and-blood angels with hearts big enough to fit the whole universe.

Freedom is when you don’t need an audience. For it is a very lonely role, my son. Loneliness is the choice of either the too cowardly person or the extraordinarily strong one. We, the ones in between – live together. Tops are for loners, kid! Up there, there is no one to be obliged to, to trade with, nothing to be afraid of, and no one to forgive but yourself. This loneliness creates fairy tales. Those fairy tales that our kids believe in before they live our lies. Now, do you understand what loneliness is? And freedom? And how much honesty weighs on the way to the top?

This notion of freedom petrified me. I never imagined freedom being so lonely. I was just another teen, desperate to grow up. I nodded in agreement, not to hurt his ego, but I was determined that I would go through the unfreedom and unloneliness despite all the wisdom that freedom and loneliness could bring me. I’m so grateful that he spoke with me as he would with an adult.

Mihail was the fable on my rocks, while Demir was the fairy tale. When you listened to him, the world and all its terrors and problems seemed beautiful. One sees the world just as they are. And an incomplete person cannot describe the world as beautiful.

You will recognize the incomplete person by the look in their eyes. They will either be glancing around in different directions over the whole picture in search of what’s missing or they will sink into you, as if to snatch your soul, to consume you whole. But you will never see in them the pleasure and gratitude which radiate from the complete man's eyes to the world. Or to another person. Gratitude, my son, begins with the happiness of your own existence.