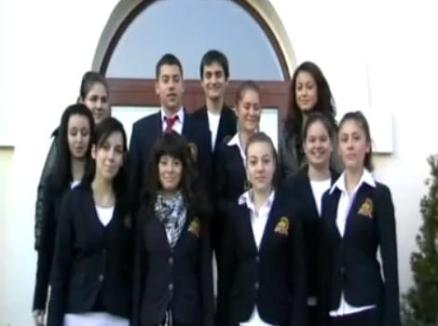 Nowadays climate change is the biggest problem of the human being. It is already happening and represents one of the greatest environmental, social and economic threats facing the planet. The warming of the climate system is unequivocal, as is now evident from observations of increases in global average air and ocean temperatures, widespread melting of snow and ice, and rising global mean sea level. The Earth's average surface temperature has risen by 0.76° C since 1850. Most of the warming that has occurred over the last 50 years is very likely to have been caused by human activities. In its Fourth Assessment Report projects that, without further action to reduce greenhouse gas emissions, the global average surface temperature is likely to rise by a further 1.8-4.0°C this century, and by up to 6.4°C in the worst case scenario. Even the lower end of this range would take the temperature increase since pre-industrial times above 2°C - the threshold beyond which irreversible and possibly catastrophic changes become far more likely. The climate can affect every person and our health directly through increases in temperature. Such increases may lead to more extreme heat waves during the summer while producing less extreme cold spells during the winter. Particular segments of the population such as those with heart problems, asthma, the elderly, and the very young can be especially vulnerable to extreme heat. There can be extreme floods and droughts, hurricanes. Nowadays there are so many factories that exhale really destructive substances and pollute the air. We all know very well that air is something we can’t live without. When we breathe the polluted air, we can get seriously ill. Ground-level ozone can damage lung tissue, and is especially harmful for those with asthma and other chronic lung diseases. Sunlight and high temperatures, combined with other pollutants such as nitrogen oxides and volatile organic compounds, can cause the ground-level ozone to increase.We cannot escape from the polluted air-it’s everywhere, even in our homes and we are breathing it non-stop. This can cause cancer and other serious diseases. Another huge problem is that the sea levels are rising worldwide. Also the expansion of ocean water is caused by warmer ocean temperatures.. Mountain glaciers and small ice caps are melting as well as Greenland’s Ice Sheet and the Antarctic Ice Sheet. The temperature is rising which means that ice is melting faster and faster. However, these are not the only problems. Another issue are the greenhouse gasses. They are gasses which trap heat in the atmosphere. Some greenhouse gases such as carbon dioxide occur naturally by natural processes and other are created and emitted solely through human activities. For example carbon dioxide is entering the atmosphere because of human activities like burning of fossil fuels (oil, natural gas, and coal). All vehicles exhale too much damaging substances. People have been trying to reduce them but the problem is still topical and I think we have to do something like ride a bike not a car to work or school, we should take the shortest route possible, and plan our drive so that we will not backtrack or travel out of our way.We also may choose a clean-burning fuel, which reduces ozone-forming pollutants and buy a car that produces fewer emissions or runs using an alternative fuel.The taxes of cars should be higher and most of the people will prefer to use the public transport and we will no longer have traffic jams and we will reduce the damaging emissions. As a conclusion, I think that when it can not do both, The UN should prioritize combating climate change over reducing poverty. Of course, poverty is a big issue, which needs a solution but have you ever asked yourself why the poor countries like Bangladesh, Gambia, Zambia are poor and why so many people die? It’s because the climate doesn’t allow them to grow food and they can’t afford to buy it from other countries. The climate is a very important thing and if we don’t stop the changes soon, more and more plants and trees are going to die, we won’t have enough food and then not only will the third world countries suffer from hunger but so will the whole world. I think it is better to first stop the changes in climate and then gradually reduce the hunger in the poor countries. Because if we stop the changes, we are going to be healthier and everything around us will be cleaner and it will be how it actually should be. I believe harmony between nature and human beings will return. References: 1.www.ec.europa.eu/environment/climat/home_en.htm 2. www.eu4journalists.eu/index.php/dossiers/english/C88 3. www.carbonstreamafrica.com/?page_id=282 4. www.epa.gov/groundlevelozone/ 5. www.airqualityontario.com/science/.../ozone.cfm