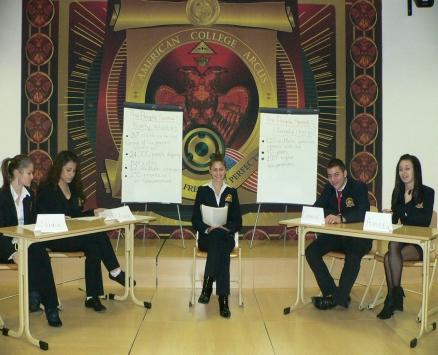 “We think sometimes that poverty is only being hungry, naked and homeless. The poverty of being unwanted, unloved and uncared for is the greatest poverty.” Mother Teresa Poverty was and still is the biggest and the most serious killer in the world. Many people don’t die because of illness like AIDS and Malaria but because of the fact that they are so poor that they can’t survive. Poverty is a real problem, which needs an immediate solution. Here are some facts from March 2009: 1. Almost half the world- over three billion people live on less than 2.50 dollars a day. 2. At least 80 per cent of humanity lives on less than 10 dollars a day. 3. More than 80 per cent of the world’s population lives in the countries where income differentials are widening. 4. The poorest 40 percent of the world’s population accounts for 5 percent of global income. The richest 20 per cent accounts for three- quarters of world income. 5. Around 27-28 per cent of all children in developing countries are estimated to be underweight or stunted. The two regions that account for the bulk of the deficit are South Asia and sub- Saharan Africa. 6. Nearly a billion people entered the 21st century unable to read a book or sign their names. 7. Less than 1 per cent of what the world spend every day on weapons was needed to put every child into school by the year 2000 and yet it didn’t happen. 8. 2.2 million Children die each year because they are not immunized. 9. 1 child is dying every 3.5 second. 10. 17-18 children are dying every minute. 11. Over 9 million are dying every year. 12. Some 70 million children died between 2000 and 2007. This statistics show how serious the problem is. It is not from one or two years, it is has gone on from a long time ago and now we need to do everything possible to stop poverty and to stop these statistics from increasing. Which is more important- poverty or climate change? These are two very important causes. They both are connected but I think now we need to be concentrate more on poverty. The reason is that we have bigger possibilities to help people, who live in poor countries without food, water, clothes and education. We are not able to find a solution to the problem of climate change, because it’s nature and we can only delay it but can’t stop it. People, who die of hunger, lack the money to buy enough food so they become less able to work, which is another condition of poverty. Poverty hits children the hardest. They need to grow up healthy but a lot of them don’t have this possibility. The worst thing is that hunger doesn’t affect only childrens’ health, but also their development in every way- emotional, physical and spiritual. Children are the future of our planet, so we can’t let them die. They should have money for food and education, because later they will be able to do something to help their country and the Earth. Many children want to develop themselves but unfortunately they don’t have this opportunity. And it is not fair because all of us should have equal rights and a level playing field. Some days ago I read something that attracted my attention. It is something that Mother Teresa said and it is sounded like thist: “We think sometimes that poverty is only being hungry, naked and homeless. The poverty of being unwanted, unloved and uncared for is the greatest poverty.” I really like that quote because it shows a real situation of poverty. Mother Teresa’s words make us think over this and realize that hungry people don’t need only food and a safe place to live, but also they need to see that they are loved. The fate of these people is so sad. They are not interested in having luxury things- jewels, fancy clothes, big houses or expensive cars. All that they want is to have health and not to see how their closest are dying every day because of hunger. They want to have better conditions to live and it is the only thing that can make these people happy. In my opinion we can give them happiness. I realize that it cannot happen for one day, or one week because supplying food and immunizations demand more time but it is possible to happen. If we stop poverty, we will save many peoples’ lives. Life is so hard and if we don’t help these people, who will do that? Let’s support this cause, because this is the way that we can see smiles on childrens’ faces and we can make some childrens’ dreams come true. Poverty destroys many childrens’ dreams and it is time to say stop. It is time to integrate with each other for one cause because these people need us, it is time to show that we have golden hearts and we really understand how serious the problem with hunger is and it is time to be people and to show that we care not only for ourselves, but also for others in our planet. So let’s help before it is too late and let’s show these people that they are not alone and somebody, somewhere cares about them. References: 1. www.globalissues.org/article/26/poverty-facts-and-stats 2. www.stwr.org/.../world-bank-poverty-figures-what-do-they-mean.html - 3. www.pages.prodigy.net/jmiller.cb/a977.html 4. www.scribd.com/doc/.../Global-Poverty-Facts-and-Statistics 5. www.brainyquote.com/quotes/.../mothertere130839.html